What are you looking for?

On 18 January, Dominique Demarville, one of the most talented champagne makers, will become the new directeur général and chef de caves of Champagne Lallier in Aÿ. Dominique is widely respected. He worked at Veuve Clicquot-Ponsardin (VCP) for 14 years. After leaving VCP at the end of 2019, Demarville started as chef de cakes at Champagne Laurent-Perrier. However, with this opportunity and potential offered to him at Champagne Lallier, this helped make him decide to take up this offer. 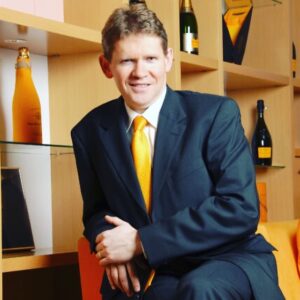 The first labels under the Lallier name date back to 1906, when the Champagne house was founded by René LALLIER (1861- 1938), an in-law in a prestigious Champenois family. Since then, Lallier has been deeply rooted in the village of Aÿ, which is also a Grand Cru municipality. In 1996, René-James Lallier; the founders' grandson, steered the brand in a new direction. He made a large modernisation at the production facilities in Aÿ and renovated the cellars, where today the Lallier champagnes are matured. In his quest for the ultimate champagne, he enlisted the help of Francis Tribaut, who at the time worked as an advisor for some of the most prestigious names in Champagne. Because of this relationship of trust, it was Francis Tribaut who took over the helm in 2004 and who has built on the great reputation of Lallier Grand Cru Champagnes even further and still does so today with great passion.